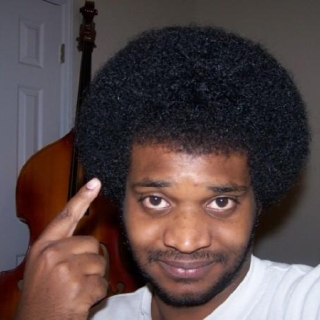 So Who Am I? What Makes Me think I Can Teach Someone About Making Money Online? And Why Would You Or Anyone Else For That Matter Listen To Me?

Instead of flashing cash, showing you pictures of my earnings or any of that stuff, I want to tell you, not about my successes, but about my failures, and struggles, and what I went through to get where I am today.

WHY?You see, a lot of people only see the success that you have when you get it, but they don’t see the struggles and the pain you go through when you start.

They don’t see the falls you take, the pain you go through, the tears you cry or any of it, and by the time you do have success stories, they’re just stories.

This Is My Story: (Maybe you can relate)

When Quixtar launched in 1999, I was working contract security for a company in Research Triangle Park, North Carolina. I was a typical “rent-a-cop” checking badges, walking rounds, and other things like that, but I was a hard worker.

In fact it was the first time I heard anyone say that “I’m a good man to have in your pocket.” The money wasn’t great, but it kept the bills paid and covered my education (I was in trade school to become a programmer and engineer).

A few months had gone by and my hard work paid off.

I had gone from a regular rent-a-cop at the desk in the lobby, to being head of security for shipping and receiving, with my own office, computer and everything else.

Around that time, I was approached by another employee who noticed how fast I was being promoted and he kept trying to introduce me to join him in this online “ground floor” business opportunity online.

Now, keep in mind we’re talking about 1999; 16 years ago. The Internet was barely getting fired up. I mean Google still had BETA! under it’s name!

A lot of technologies were still taking baby steps, so the concept of a fully online company was crazy to me to start with. On top of that, I’d never been in a business like that before and I wasn’t too sure, so I kept turning him down.

Well, he kept after me and kept after me, and after about the third or fourth time he wore me down and I said “Okay, I’ll go to a meeting and check it out.”

So I put on a decent set of clothes, drove into town and went to this hotel. They had turned one of the banquet halls into a seminar type of deal, where my co-worker was waiting for me.

He reserved a seat for me and I sat through this long presentation, but I tell you what. I was so excited by what I saw that I joined, and I went after that business like there was no tomorrow!

I did the weekly meetings, driving into town a couple times a week, I bought the books and listened to the tapes, and while I was out delivering furniture (one of my many different jobs during that time), I was drawing circles, showing the plan, and trying to get people to change their buying habits.

On another job I had (I was working as a cashier), I was always dressed in business casual because I was taught that when you’re prospecting you have to look a certain way for people to take you seriously.

If you can imagine this: a 6 foot 8 black guy with an Afro walking around from behind a cash register, just towering over everyone, to stop customers and talk to them about income opportunities and goals and what my plan was, trying to set up meetings…

That was me. I was that guy, and I stuck with it through a lot of different jobs because to me, the rent to own company, the cashier jobs, construction and everything else were the side jobs. This business was my full time job.

At events I stood and took pictures with leaders on my team, and saw the successes of others like Dexter Yager, Bill Britt, Mark and Peggy Yeh, and John and Jennie Belle Crowe, and I wanted a diamond ring of my own.

And I worked relentlessly. I never walked down the isles of Walmart or anything like others did, but I became a pro of what I call the $5.00 Pump Prospecting Strategy.

Every time I went to the gas station, I’d never fill up my car. I’d only ever put $5 bucks in gas so that I had to go put gas every couple of days. Now, while I was at the pump, I’d use that opportunity to strike up conversation and talk to the person on the other side of the pump.

For weeks and weeks I worked by butt off and about 90 days later I got my first check. I remember seeing that envelope and was so excited. I ran back inside, dropped the mail and tore open the envelope.

$17.50 cents. Immediately my heart sunk just from the disappointment. At first I thought something was wrong. I couldn’t believe it. Every free hour I had I was working the business and showing the plan.

I was buying the books and listening to the audios. I had recruited a lot of people, I was buying products from myself. I had spent several hundreds dollars on the business.

Where were the hundreds and thousands of dollars?

When I stopped going to the meetings and became inactive my sponsor (and I won’t say his name) called me up and told me he was getting out of the business. He went on to apply the sales he was using into his regular job and became a huge success.

That was great for him, but it kinda put that second nail in the coffin for me. I was passed disappointment. I was just plain angry and convinced myself it was a scam.

Not long after that I got a call from one of the leaders above him and he invited me out to lunch. The goal was to see what they could do to get me back into the business.

I had recruited just over a dozen people and they believed that if I stuck with it, I could have grown a very large organization and get that diamond ring I wanted.

So, after he promised to mentor me and be there when I had questions, I did.

I started going back out showing the plan and recruiting, then one day I needed help with something, so I called his cell phone and he told me to call his house phone because his battery was about to die.

I called his house phone and I thought I had the wrong number, because his wife answered the phone like it was a distribution company. I hung up, checked the number and called again.

I didn’t make a mistake dialing, because when I called again, his wife answered the same way, like it’s a distribution company. I thought it was really strange but I asked for him and we talked, and he agreed to coach me on doing a home meeting and showing the plan.

“But isn’t this supposed to be an online company?” I asked him. “Well it is, they can order their products online and it gets delivered to them“, was his reply.

That’s not what the plan showed, but “whatever” I thought and I went to his house the following week after inviting a few people (about 7 of them showed up), and then I understood what it took to build that business.

His house looked like a corporate office. He had white boards, and an office set in his dining room and there were boxes in the kitchen and on the floor along the walls…

“This isn’t an online company“, I kept thinking to myself, but I didn’t say anything. I just let him do his thing, but now I was really paying attention.

In our private talk after the meeting I asked him why he answered the phone like it’s a business and why his home looked like a business and the only think he said was, “that’s what it takes“.

Then he went to explain that he spends between 6 and 7 hours on the phone every day, and about the time he said that if I follow his example, I could get rich in 3 or 4 years, I was done.

Over the years, I can honestly say that that one event changed my outlook on the MLM and network marketing industry.

I kept looking for opportunities but I treated most of them like a scam. I was a programmer and engineer and working for companies that did business online.

They weren’t stopping people in grocery stores and across pumps, and hitting up their friends and family or any of that.

So I continued to pursue my career and was doing okay. I was closing in on an $80k per year salary, I was working from home (I had start my own IT business working remote contracts), and things were moving along.

Until the economy blew up in everyone’s faces. Contract dried up, companies were closing down or moving, and nobody was hiring.

By January 2012 I had burned through my saving trying to stay afloat and was very close to losing everything.

It’s amazing how, when you’re in a crunch, those work at home business opportunities become valid choices and from a few months I hopped around from opportunity to opportunity looking for something that paid quickly.

I was about to lose everything. I didn’t didn’t have years and years to put in to eventually make money.

And in June of 2012, after having frantically hopped around from business to business, and thanks to a friend who introduced me to what he was doing, I joined this company and within a year it was paying all of my personal bills.

And today, I am still here, running my business (as opposed to building one forever), and using what I’ve learned to help others find success.

I used what I was learning to build back up the businesses I had built, including Winning Blog Tactics.

At first, it was just sharing information that I had learned and was learning, then ti became a full time business.

So what was that opportunity my friend (and now mentor introduced me to? Click on the link below and you tell me. Is it truth, or hype?.